Gig review: And you will know us by the trail of dead & The Rock of Travolta What better on a Friday night than some extreme guitar noize.  Having got myself on the Rock of Travolta's list I made the trip to the top of my road to the O2 academy (Formerly the Zodiac) to see tRoT supporting Texas art rock/post punk act And you will know us by the trail of dead.  Not familiar with the work of either of these acts I didn't really know what to expect.  What I got was ROCK.

The Rock of Travolta are a local band who supported Radiohead at the awesome South Park gig in years gone by.  Theyre a 5 piece instruMENTAL band and are rather good.  We had 2 guitarists, a drummer, bass player and a lady multiinstrumentalist on keybards/Bass/electric cello.  The gig started off with both guitarists hammering their instruments with mucho effects and building up a Mogwai-esque wall of noise.  then off we went on journey into rock.  There are huge riffs and some odd noises and strange tunings of instruments to enjoy.  Back in 2002 the band put a track on a joint EP with some other Oxford bands.  this EP has one of the best titles in the history of popular music.
"When I Wank On My Guitar The Whole World Wanks With Me" 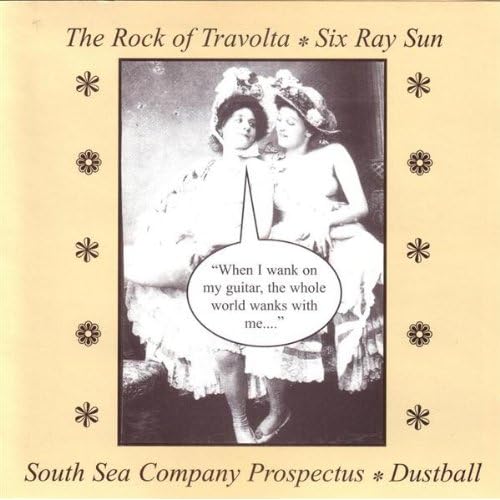 I'm trying to write a gig review but I'm not good at describing music.  Hmm.  Just go and see tRoT if you get the chance.

Now for And You will know us by the Trail of Dead. Hereafter AYWKUBTToD.  That name is a bit too long.  I hoped they call themselves that as some sort of joke but I suspect that they might be serious.  They've had a few changes of lineup over the years but constants are dwarvish big head frontman Conrad Keeley and fellow stubby person Jason Reece.  In this incarnation they also had an inflatable Phil Lynott on bass and started out with a drummer called Jamie Miller who looked like a murderer and nearly murdered his drumkit.
The first half of the show had Miller on drums and he was quite brilliant.  He's toured with Motley Crue and drummed for a band called Snot.  Once again I struggle to find words to describe the music.  Loud and ROCK are two good words.  The tunes were attacked with gusto by all members of the band with everyone knocking the living shit out of their instruments to great effect.  By the time AYWKUBTToD started I'd had quite a lot to drink so it was all a bit of a blur but there were a couple magic moments supplied by the bass player.  At one point he was centre-stage shouting FUCK YOU over and over and at the end he fell down a hole and only his legs were visible. First class entertainment. All of this more than compensated for him not getting a go on the drums like the other 3 .
Another nice touch was the members swapping roles mid-gig.  Reece took over drums from Miller with Miller giving it some on guitar and still looking dead cool.  Later Keeley had a drum as well.  The real stand out for me was Miller's drumming though.  I couldn't take my eyes off him.

Email ThisBlogThis!Share to TwitterShare to FacebookShare to Pinterest
Labels: "And You will know us by the Trail of Dead" "the Rock of Travolta" o2 zodiac oxford gig review Lynott murderer